Today’s WIP has been worked on so much in the last week. I had a burst of desire to work on it and so I have. Not to mention I decided to watch Season 1 of Downton Abbey in prep for the Season 2 premiere on Sunday night. 7 hours straight of knitting. A lot gets accomplished in a time frame like that. 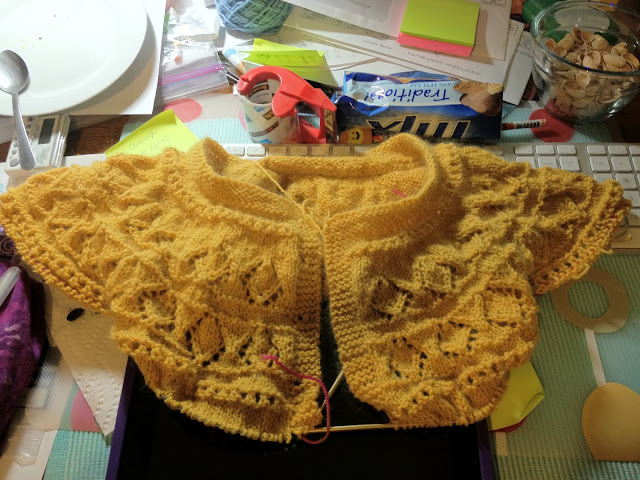 The photo above shows the progress as of Monday morning.  I finished the yoke and split for the sleeves while watching Downton Abbey. 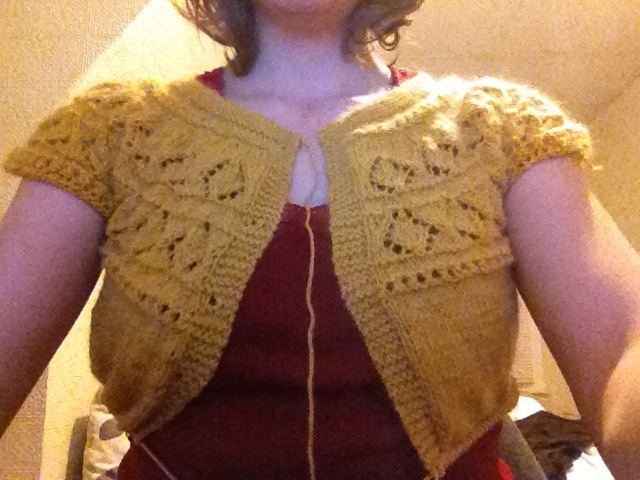 As of Tuesday I had a good 6 inches of the body knit.  The pattern says to go to 12 inches. I think I will be knitting mine a bit longer as I like longer cardigans and I have plenty of yarn. And yes, I tried this on while ON the needles still. I think it will work out perfectly!